Thousands of Salvationists and community volunteers across the country have helped make this year’s Red Shield Appeal a success – with $6.17 million raised nationally across the annual doorknock weekend.

Whilst the result is down slightly (by 5.93 percent) on last year’s doorknock weekend result, Salvation Army spokesperson Major Bruce Harmer says there are still many regions where results are not yet finalised, “and there will still be official volunteer collectors out, and static collection points happening, during the week ahead.”

On the NSW north coast support for the appeal was overwhelming: "Even through threatening weather & low collector numbers, Salvo Red Shield volunteers went above & beyond to make sure the Nambucca Valley community had an opportunity to help those in need," said Nambucca corps officer, Captain John Viles.

The Salvation Army has thanked the 100,000 volunteer collectors who knocked on doors or manned static collection points around the country.

From 100-year-old Ruth in Port Macquarie in north NSW, to baby Baylie in central Sydney, the enthusiasm and hard work of collectors was inspiring.

“Bonnells Bay Salvos YOU ROCK!!!” Corps Officer Captain Tim Gittins posted on Facebook on the Saturday of the doorknock weekend. “Half way(ish) to last year's full weekend Red Shield Appeal total – and tomorrow's our "Big" day!!, with less than half as many Vols as last year!! Go team – You guys rock!!” (Later in the weekend he revealed the corps had exceeded its 2012 doorknock total.)

A record amount was also collected at Newington in Sydney’s Marrickville/Dulwich Hill Zone. At Parramatta, corps officer Captain Deborah Robinson posted a thank-you note on Facebook on Sunday for the support of her local corps and community:

The Salvation Army has also thanked the hundreds of Westpac volunteers who volunteered to open branches over the weekend for donations to be counted and banked.

“Westpac is a huge supporter of The Salvation Army,” says Major Harmer. “For staff members to give up their weekends to open branches for us is a huge help every year.”

The Red Shield Appeal collection runs until the end of June. Donations can still be made by calling 13 SALVOS (13 72 58), visiting salvationarmy.org.au, in person at any Westpac branch, or by posting a cheque to PO Box 9888 in your capital city.

Check out these snaps of Salvos from around the Territory. 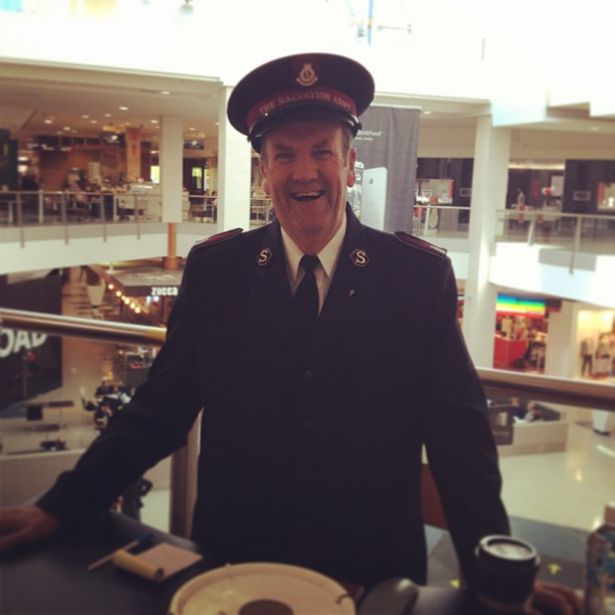 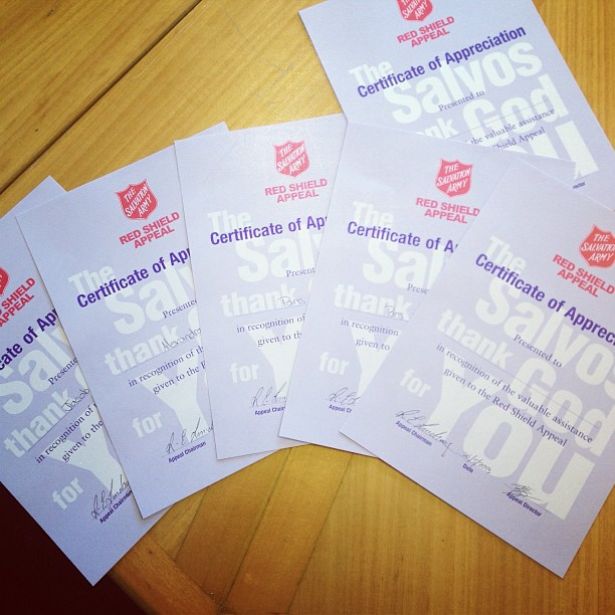 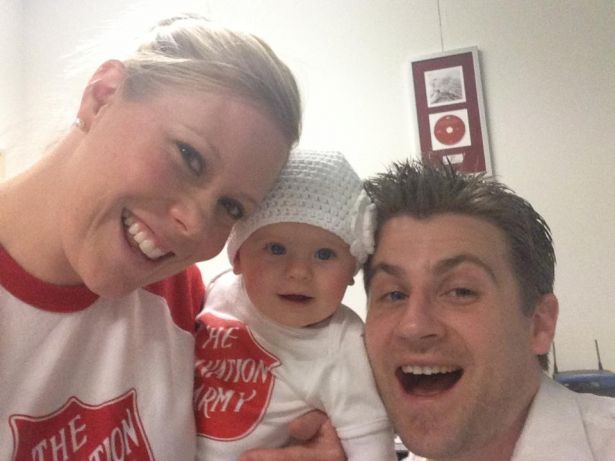 Was this Sydney Congress Hall’s youngest collector? Little Baylie Sellers all dressed up to collect with mum, Brooke and dad, Ash. (Photo courtesy of Brooke Sellers) 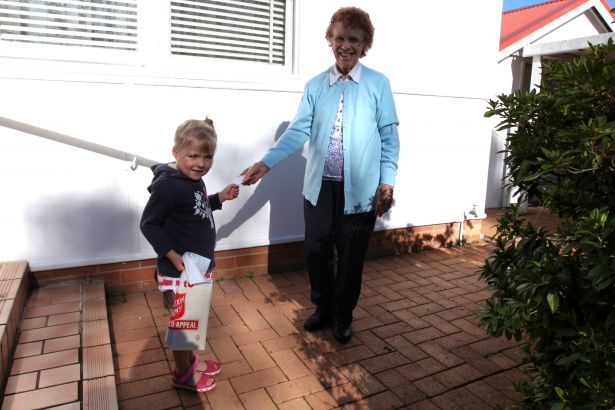 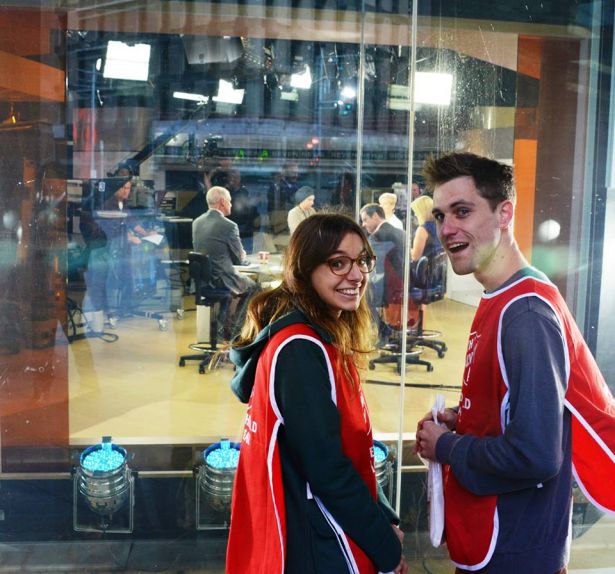 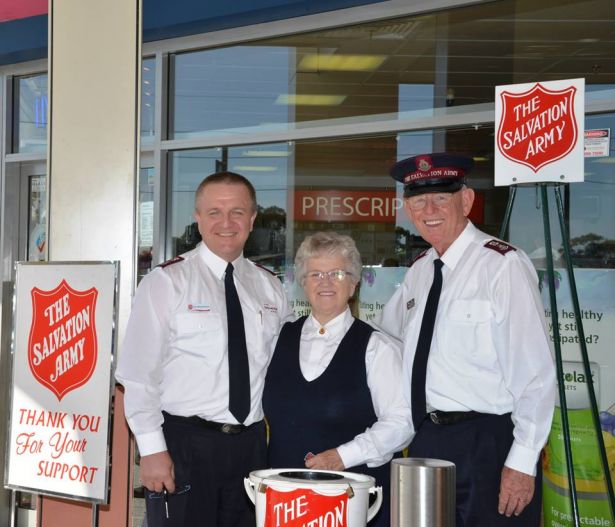 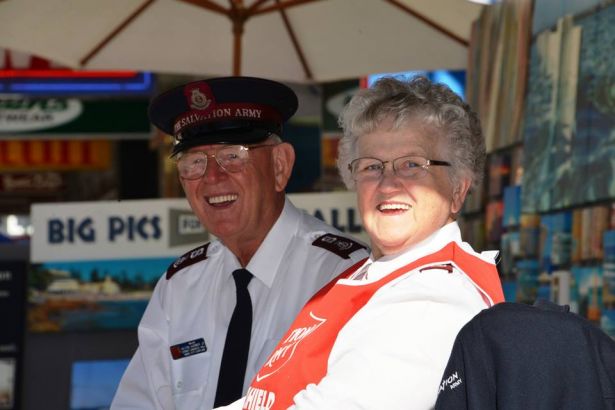